This entry was posted on 27th February 2015 by reachadmin

World leaders urged to tackle food waste to save billions 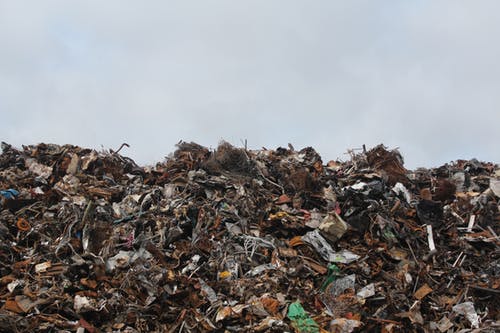 Report by UK waste experts warns that growing global middle class could see £388bn worth of food wasted every year by 2030.

Governments across the world should make reducing food waste an urgent priority in order to save as much as £194bn annually by 2030, according to a report.

Cutting food waste leads to greater efficiency, more productivity and higher economic growth, it said, but achieving such an aspiration would involve consumers cutting their own food and drink waste by as much as half.

One third of all food produced in the world ends up as waste, with food wasted by consumers globally valued at more than £259bn per year.

But that cost could soar to £388bn as the global middle class expands over the course of the next fifteen years, according to new figures from the UK government’s waste advisory body Waste and Resources Action Programme (Wrap) for the Global Commission on the Economy and Climate.

Their new report, ’Strategies to achieve economic and environmental gains by reducing food waste’, also identifies significant opportunities to improve economic performance and tackle climate change by reducing the amount of food that is wasted at various stages in the supply chain – in agriculture, transport, storage and consumption.

It highlights how practical changes, such as lowering the average temperatures of refrigerators or designing better packaging, can make a big difference in preventing spoilage. Approximately 25% of food waste in the developing world could be eliminated with better refrigeration equipment.

Reducing food waste worldwide can make a significant contribution to tackling climate change, the report said. It found waste is responsible for around 7% of all greenhouse gas emissions globally, 3.3bn tonnes of CO2 equivalent (CO2e) a year.

Wrap estimates that emissions from food waste could cut by at least 0.2bn tonnes CO2e and possibly as much as 1 billion tonnes CO2e per year – more than the annual emissions of Germany.

Dr Richard Swannell, director of sustainable food systems at WRAP said: “Food waste is a global issue and tackling it is a priority. This report emphasises the benefits that can be obtained for businesses, consumers and the environment. The difficulty is often in knowing where to start and how to make the biggest economic and environmental savings.”

Consumers had a vital role to play, he added: “In the UK, where we are based, the majority of food waste occurs in the home.”

Helen Mountford, global programme director for the New Climate Economy, a programme of the commission, said: “Reducing food waste is good for the economy and good for the climate. Less food waste means greater efficiency, more productivity, and direct savings for consumers. It also means more food available to feed the estimated 805 million that go to bed hungry each day.

“Reducing food waste is also a great way to reduce the greenhouse gas emissions that contribute to climate change. These findings should serve as a wakeup call to policymakers around the world.”